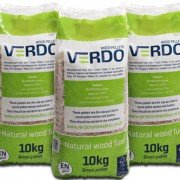 On Nov. 25, the U.K. government published its spending review, which includes details of the Department of Energy and Climate Change’s budget for the next four years. The budget includes seed funding for renewable energy technologies and funding for the Renewable Heat Incentive.

According to information published by the DECC, the government will extend RHI funding to £1.15 billion ($1.74 billion) in 2021 and reform the program to improve value for money. In his spending review and autumn statement of 2015 speech, Chancellor George Osborne indicated reforms to the RHI will deliver £700 million in savings.

Regarding energy, Osborne also noted the U.K. plans to permanently exempt energy intensive industries, like steel and chemicals, from the cost of environmental tariffs. In addition, he said the government will introduce a cheaper energy efficiency scheme to replace the Energy Company Obligation. According to Osborne, the U.K. also intends to exclude energy generation from the venture capital schemes in order to ensure that they remain well targeted at higher risk companies.

While Osborne noted the government will double its spending on energy research, a significant portion of that spending will be directed towards small, modular nuclear reactors. “We’re also supporting the creation of the shale gas industry by ensuring that communities benefit from a Shale Wealth Fund, which could be worth up to £1 [billion],” he said. “Support for low-carbon electricity and renewables will more than double,” he added.

“We support the international efforts to tackle Climate Change, and to show our commitment to the Paris talks next week, we are increasing our support for climate finance by 50 percent over the next five years,” Osborne said. However, he also noted the DECC’s day-to-day resource budget will fall by 22 percent.

“Britain’s new energy scheme will save an average of £30 a year from the energy bills of 24 million households,” Osborne continued.

Information released by the DECC states funding to its innovation program will double, bringing it to £500 million over the next five years. The increase is expected to strengthen the future energy supply, reduce the costs of decarbonization, and boost industrial and research capabilities. According to the DECC, funding to the innovation program is expected to help position the U.K. as an international leader in small, modular nuclear reactors. Funding to the program will also deliver on seed funding for promising renewable energy technologies and smart grids. More than £11 billion will be provided to the Nuclear Decommissioning Authority to continue its work to clean up historic nuclear sites.

“My priority is to deliver secure, affordable, clean energy supplies that hardworking families and businesses across the country can rely on, now and in the future,” said Secretary of State for the Department of Energy and Climate Change Amber Rudd. “As we transition to a low-carbon economy as cost effectively as possible, finding new sources of energy that are cheap, reliable and clean is essential, which is why we are boosting our spending on innovation and backing the industries of the future.

“We will continue taking action to keep consumer bills down. We will also double our spending on renewable heat and electricity over the next five years as we invest in new infrastructure fit for the 21st century to ensure our long-term energy security,” Rudd continued.

Responding to the release of the spending review, Nina Skorupska, chief executive of the U.K. Renewable Energy Association, said, “We welcome the government’s commitment to renewable heat and pleased they have listened to industry and our members, but the devil will be in the detail.”

“Our members recognized the need to make savings and presented to Treasury and DECC how we could optimize the RHI budget. A £700m cut is large, but we look forward to working with the government on reforming this crucial area,” Skorupska continued. “We still have a large challenge in hitting our renewable heat targets, and the RHI alone won’t achieve it, heat networks, energy efficiency and Green Gas still have a large part to play.”

“We cautiously welcome the announcement on the continuation of the RHI,” said Julian Morgan-Jones, chairman of the Wood Heat Association. “The growth of biomass boilers has pushed out dirty oil and has saved money for off-grid domestic consumers who have limited options for how to heat their homes.”

“Biomass boilers represent one of the most cost-effective routes to our 2020 heat targets,” Morgan-Jones continued. “Since 2011 over 24,700 biomass heating systems have been installed in homes, schools, hospitals, community buildings, and food production. Biomass heat is an outstanding success story for policy intervention in the problematic area of heating. The sector is developing a mature supply chains and requires stability to continue to drive costs down. Doing so can provide low cost, low carbon heating for rural communities alongside jobs and economic benefit.”

This site uses cookies. By continuing to browse the site, you are agreeing to our use of cookies.

We may request cookies to be set on your device. We use cookies to let us know when you visit our websites, how you interact with us, to enrich your user experience, and to customize your relationship with our website.

Click on the different category headings to find out more. You can also change some of your preferences. Note that blocking some types of cookies may impact your experience on our websites and the services we are able to offer.

These cookies are strictly necessary to provide you with services available through our website and to use some of its features.

Because these cookies are strictly necessary to deliver the website, refusing them will have impact how our site functions. You always can block or delete cookies by changing your browser settings and force blocking all cookies on this website. But this will always prompt you to accept/refuse cookies when revisiting our site.

We fully respect if you want to refuse cookies but to avoid asking you again and again kindly allow us to store a cookie for that. You are free to opt out any time or opt in for other cookies to get a better experience. If you refuse cookies we will remove all set cookies in our domain.

We provide you with a list of stored cookies on your computer in our domain so you can check what we stored. Due to security reasons we are not able to show or modify cookies from other domains. You can check these in your browser security settings.

These cookies collect information that is used either in aggregate form to help us understand how our website is being used or how effective our marketing campaigns are, or to help us customize our website and application for you in order to enhance your experience.

If you do not want that we track your visit to our site you can disable tracking in your browser here:

We also use different external services like Google Webfonts, Google Maps, and external Video providers. Since these providers may collect personal data like your IP address we allow you to block them here. Please be aware that this might heavily reduce the functionality and appearance of our site. Changes will take effect once you reload the page.

The following cookies are also needed - You can choose if you want to allow them: